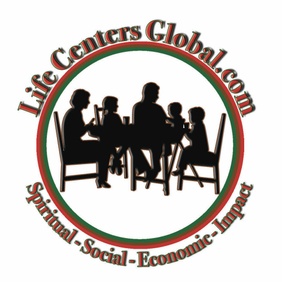 No Child Without A Dad - Positively Impacting Cities...

Paul Benjamin, Founder and Chief Servant of Central Florida Dream Center and Life Centers Global, has been ministering to men, women and at risk youth in communities for over 30 years. In 2012, after the shooting tragedy in Sanford, he launched a national initiative "A Mentor For Every Fatherless Youth" to bring community impact and healing in our nation.

Paul is a second generation minister. Son of Pastor Fred and Shirley Benjamin, the 4th child of eleven children.

Paul experienced the miraculous, and his life was spared several times by the sovereign hand of God.  At 5 years old, Paul was paralyzed due to polio. The doctors had given up all hope, but his Dad called on a greater Doctor, Yeshua, Jesus, and he was healed.

While living in NYC Paul was robbed four times at gun point. Each time the Lord intervened and spared his life. Paul was widowed after 29 years of marriage. He remarried in 2012 to Dawn. They are a blended family and have 6 children and 8 grandchildren.

In 1996, during his quiet time, Paul had a divine encounter, The Heavenly Father downloaded "The Father's Heart" towards those hurt by earthly fathers. Since then the Lord has been giving Paul wisdom and divine insight on how to minister to those who have been wounded by their fathers.

With over 30 million fatherless children in America, Paul’s personal vision is to see 10 million men and their families raised up and become mentors representing a Godly Father Figure to these children. In support of this vision, the Mayor of Sanford Florida, The Honorable Jeff Triplet, and the former President of Promise Keepers, Dr. Raleigh Washington, echoed the urgent need. During a press conference in 2013, they shared the need for mentors for the fatherless youth in inner cities across the nation.

Paul previously served as the President of the Sanford Minister’s Fellowship, now know as The Sanford Regional Ministry Center, he is presently serving on the executive Team. Paul is a Missionary to America and the Urban Communities in our nation and world.

Paul is a Conference and Seminar Speaker. He coaches, motivates, encourages and equips leaders, individuals, churches and organizations on personal development and how to influence their communities through a three-pronged strategy.  He teaches a seminar called Lifestyle Mentoring and speaks on Fatherhood, Family, and City-Reaching Strategies.  Paul has had numerous opportunities to share these principles on radio, television, and other media outlets.

Paul would like to partner with you and share this vision with you and your leadership. With your prayers and support, we can see individuals, families, communities, and nations transformed to the Glory of God The Heavenly Father.

Bringing LIFE to The World...